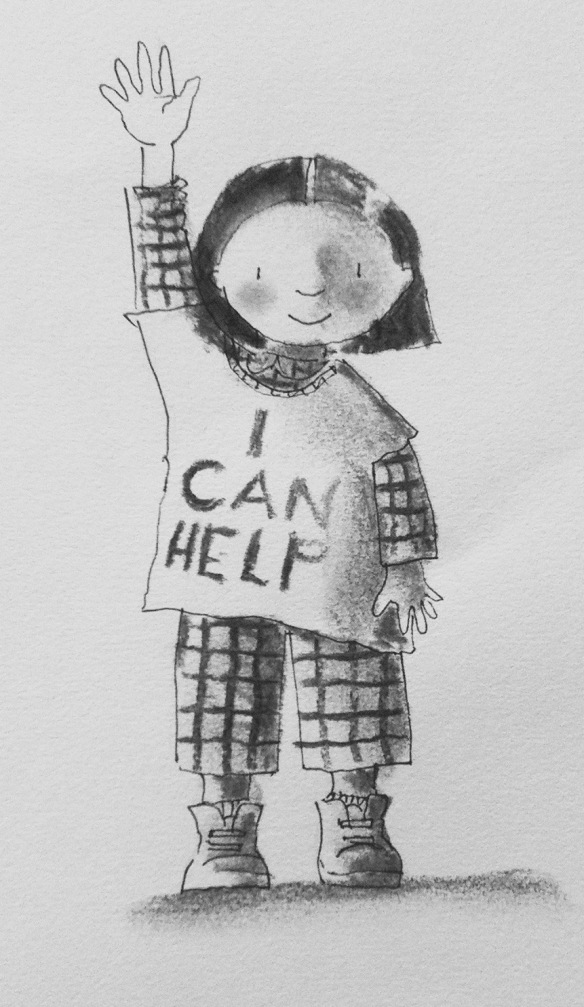 Offering to help isn’t easy. It requires courage to speak up, courage to face rejection, courage to realise if we’ve taken on too much and courage to be able to admit it. When you’re in the throes of feeling barely able to drag yourself though the hours in one day, let alone turn up and volunteer for several hours a week, offering to help can seem like a Herculean task.

There is also the question of self-worth. Eroded by depression, we can feel that we’re simply not up to the task ( whatever that task may be). Actually speaking up and offering to help can be terrifying. What if…? And then, what might…? And I’m not very good at…And they might think…I mean, who needs me?

Trust me. You’re exactly what’s needed. Currently, with the state of our world ( let’s not go there, huh?) we’re desperately in need of all hands on deck. The SOS is sounding from all directions. It’s entirely possible that holding back will probably leave you with even more regrets than stepping forward would.

Helping can be the slightest thing: smiling at a stranger; picking up litter that wasn’t yours ; stepping to one side and allowing pushchairs, dog-walkers, old people, cyclists and runners to go first ; sharing a bit of a blether with the grumpy guy or woman working the till at the corner shop. It can be more, depending on your confidence levels ; your local library and supermarket will have posters on the notice board asking for help with all sorts of things : sorting clothing for refugees; volunteering at food banks ; distributing pamphlets asking for old clothes, books, bric-a-brac for charity sales… you know the kind of thing. If you’re feeling particularly brave and focussed, you can ring your favourite charity direct and ask to be put through to whoever is in charge of volunteering, explaining that you would like to lend a hand.

When I had endless awful days to fill, back during my first episode of depressive illness, I had no idea what to do with my time.  I couldn’t find a single idea in the wreckage inside my head that I wanted to draw. Had I been asked to paint how I felt, I’d’ve filled in a small black rectangle with a very overloaded brush and then tilted the paper in such a way as to make the ink run. 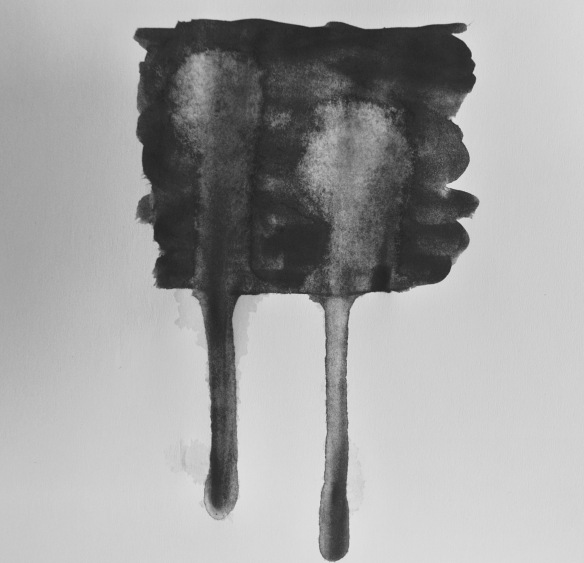 Clearly, I was no longer an illustrator, despite the previous five years of training. Suddenly cast adrift from the heavy workload of a freelance, the vacant days felt like weeks. Weeks dragged past, no longer demarcated by weekends and workdays. Seasons elided into each other. The empty years seemed to stretch out ahead of me, pressing on my chest, squeezing out my life. I had no idea how long I was going to feel this way. After a few months, I knew that I couldn’t carry on being so isolated and  feeling so useless, so I screwed my courage up and spoke to another mother on the school run. She was considerably older than me ( not difficult, since back then, I was the  child at the school gates waiting for her child) and I knew from the grapevine that she had a job with Save the Children. So I stammered with my new depression-gifted speech impediment something along the lines of wanting to help. Fully expecting that she’d turn me away.

To my utter terror, she said ‘Great – when can you start, how much time can you give, and have you got your own transport?’ And thus began a job of sorts with Save the Children. To this day, I cannot remember what I did. I just know that I did something and it helped someone. Maybe. I do hope so. It got me out of my house and back in the world of people who didn’t appear to be beset by my particular brand of darkness. I was trying, even then, to turn that dark feeling into something that might be useful to someone else even if I felt that it was destroying me. Sorry, that’s not very clear ; it’s that thing I keep banging on about ; the alchemy of despair – taking the raw, base leaden metal of depression and trying to change it into gold. And in the end, the gold I found was an abiding love of the paintings of a Swedish artist called Karl Larsson. My boss lady at Save the Children introduced me to his work, and even down in the depths of my depressive pit, I loved his family-orientated watercolours. Larsson drew what he loved from what was around him. He loved his house and his wife and his children so he drew them. Over and over again, with such tenderness and precision it’s almost as if they’re breathing on the page. I longed to be able to paint like him. I longed to be able to paint ; I was distressed beyond measure by not being able to put brush to paper and get my feelings out.  I drew a couple of black and white posters for Save the Children’s local branch bake sale or similar, but they didn’t fill the yearning inside.

Today’s adventure ( totally unplanned) took place during Cara’s daily walk. We took her to my favourite beach at Tyninghame. She ran ahead, her tail describing circles of joy until she disturbed an oyster-catcher. This poor bird flew straight up and then crashed onto the sand, dragging a wing behind it. We called the dog off and Mike ran to the bird.  It was clearly injured in some way. Carrying it carefully back to where, by a ridiculous coincidence, we’d just been having a conversation about ‘what to do if you find an injured bird’ with the Ranger, we found that he had gone elsewhere. So we had a wild bird on our hands and no real idea how to proceed other than to take the bird home with us. Back to the car we went, belted Mike and bird into the passenger seat, drove back home and gently put oyster-catcher in a high sided cardboard box. By this time, the poor bird had gone deep into itself, its eyes closed, its breathing barely visible. Mike phoned the SSPCA and to our amazement they arrived in under an hour.

We’d been so sure the bird had died of shock in the intervening time, tiptoeing into the quiet living room where we’d put the bird in its box and peering in to see if its little breast was still moving. To actually have such a wild bird in our house seemed at once preposterous and miraculous too. We were wracked with guilt ; if it was dead, had we hastened its end? Should we have left it to die on the beach, in the winter night, surrounded by its own kind? One last check to see if there were any signs of life and –

Amazing. It was standing up. Wobbly on its little pins, but upright, blinking, a goodly amount of bird shit decorating the box…the woman from the SSPCA tucked it into a very professional bird box and bore it off into the night. We wish it a speedy recovery and a swift return to its  family and friends.